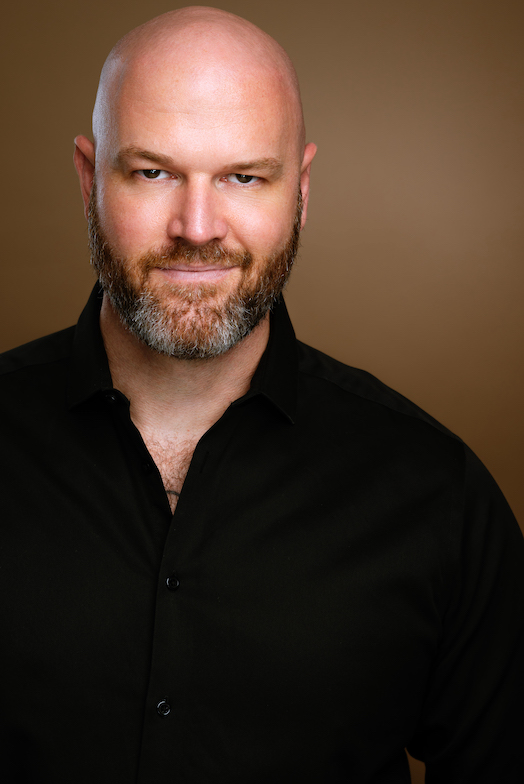 Kuharka – The Love for Three Oranges

The Pirate King – The Pirates of Penzance

Acknowledged as “a true stage animal” (Opera News), Mr. James is known for his “huge, robust bass” which “resonates with force” (Bach Track), “tremendous power and presence” (The Arts Desk, London). Opera News has also referred to his instrument as “intrinsically beautiful”, a “cavernous bass” with “oomph and range”.

Recent highlights and upcoming season engagements include the Immigration Officer in Flight with Dallas Opera, the title role in Sweeney Todd with Opera Omaha, a return to Akhnaten with The Metropolitan Opera, The Pirate King in The Pirates of Penzance with Cincinnati Opera, Lucius/Witch in the World Premiere of Paola Prestini’s Edward Tulane with Minnesota Opera, and Sciarrone in Tosca with LA Opera.

His visual album debut, Call Out (audio available on all major streaming platforms, film exclusively on YouTube), has received accolades at twenty-seven film festivals worldwide and was highly commended by London’s Classical Music Digital Awards. The groundbreaking work, featuring all female composers from the classical music industry, has been widely praised as “the direction that opera needs to go” (Opera Box Score), “protean”, “astonishing” and “jaw-dropping” (Parterre Box) and “a combo of rollicking fun and self-revealing moments. It’s a well-planned, lovingly curated, and brilliantly executed mash-up that’s exciting and intelligent…Trust me, it’s all worth watching.” (Opera Wire). His solo show, On Broadway, has played around the United States and was released as an album in 2021 on all streaming platforms.

As a stage actor, Zach originated in three Broadway shows including creating the role of Lurch in the Original Broadway Cast of The Addams Family, Thomas Hassinger in the Tony Award-winning Original Broadway Revival Cast of South Pacific at Lincoln Center, and made his Broadway debut in the 2007 National Theatre of London Broadway transfer, Coram Boy. Zach played Off-Broadway as Pasquale in The Most Happy Fella and Jo-Jo in Irma la Douce, both with Encores! at New York City Center. On screen, Zach has appeared on HBO’s Succession, on the sitcoms 30 Rock and Murphy Brown, on the 2010 Tony Awards live from Radio City Music Hall, PBS Great Performances, Live from Lincoln Center, the Late Show with David Letterman, The Macy’s Thanksgiving Day Parade and more.

The Pirates of Penzance