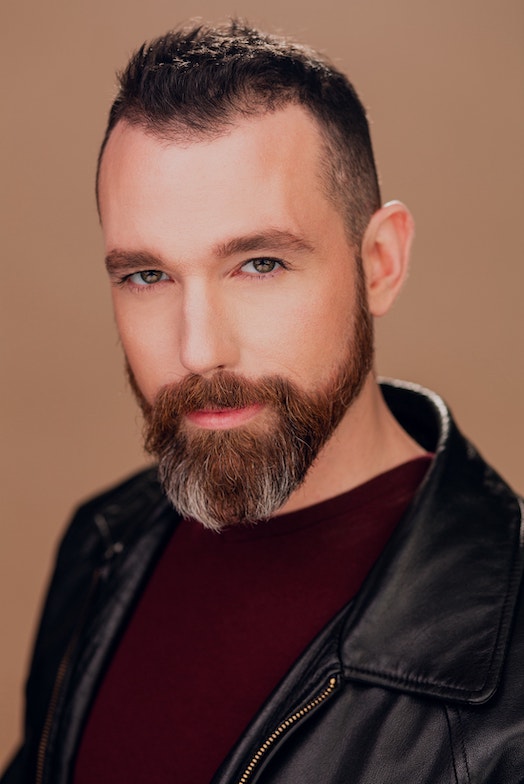 Hannah Before – As One

Hailed as a “gifted and fiercely committed baritone whose voice is spacious and reverberant,” (Opera News) Robert Wesley Mason (he/they) has established themselves as one of today’s most versatile performers, employing “his mighty baritone to stunning effect, using interpretive phrasing and nuanced delivery” (Albany Times Union).

An acclaimed interpreter of contemporary works as well as the inherited repertoire, Wes has performed more than 50 unique operatic roles. Highlights include Hannah Before in As One with Pensacola Opera, Eugene Opera, and the Lyric Opera of Kansas City, Jan Nyman in Breaking the Waves with West Edge Opera, Stanley Kowalski in A Streetcar Named Desire with Kentucky Opera, Father Flynn in Doubt with Union Avenue Opera, Jonathan in Siren Song with Hawaii Opera Theatre, Dax/Larry in the world premiere of Paterson and Cote’s Three Way with Nashville Opera and American Opera Project, Charlie in Three Decembers and Ping in Turandot with Nashville Opera, the title role in Hamlet with Fort Worth Opera, the title role in Guillaume Tell with the Southern Illinois Music Festival, Reinaldo Arenas in the world premiere of Martín and Koch’s Before Night Falls with Fort Worth Opera, Belcore in L’elisir d’amore with Gulfshore Opera, Masetto in Don Giovanni with Opera Philadelphia and Opera Naples, Achilla in Giulio Cesare with Opera Roanoke, Escamillo in Carmen with Fargo-Moorhead Opera, Escamillo in La Tragédie de Carmen with Syracuse Opera, Marcello in La bohème with Hawaii Opera Theatre, Fort Worth Opera, and Norwalk Symphony, Schaunard in La bohème with the Crested Butte Music Festival, Zurga in Les pêcheurs de perles with Opera Delaware and Baltimore Concert Opera, the baritone soloist in Broadway Extravaganza with Opera Hong Kong, Sciarrone in Tosca with Dallas Opera, and Morales in Carmen with the Glimmerglass Festival and Michigan Opera Theater.

Recently, Wes returned to Michigan Opera Theatre to perform the role of Figaro in Ragnar Kjartansson’s performance piece Bliss, a continuous 12-hour singing marathon based on Mozart’s Le nozze di Figaro. In 2020, Wes made his Off-Broadway debut as Wotan/Gunther/Hagen in On Site Opera’s production of Das Barbecü. Other noted stage performances include Billy Bigelow in Carousel with Union Avenue Opera and Utah Festival Opera Musical Theater, Curly in Oklahoma! with Maryland Live Arts and UFOMT, Bishop Myriel in Les Misérables with UFOMT, Frank Butler (u/s) in Annie Get Your Gun with the Glimmerglass Festival, and a staged version of Elvis Costello’s The Juliet Letters at the Signature Theatre in Arlington, Virginia with Urban Arias. During the 2022-2023 season, they will return to Pensacola Opera to perform the role of Billy Bigelow in Carousel.

Mason has been featured on the world premiere cast recordings of Three Way as Dax/Larry with Naxos and Before Night Falls as Reinaldo Arenas with Albany Records. Wes was also a recipient of a Career Development Award from the Sullivan Foundation, a finalist in the Opera Index Competition, an Encouragement Award Winner in the Loren L. Zachary Society Competition, a Regional Winner in the Metropolitan Opera National Council Auditions (MONCA), an Encouragement Award Winner at the District Level of the MONCA, a three-time nominee for the Sarah Tucker Study Grant, and the recipient of the Earl V. Moore Award for Outstanding Contribution to the School of Music, Theater, and Dance at the University of Michigan. Wes is a graduate of the prestigious Academy of Vocal Arts in Philadelphia and received a Bachelor’s in Voice Performance from the University of Michigan.

Bess, I've forgotten them all. (Breaking the Waves)

You Should Just Know (Streetcar)