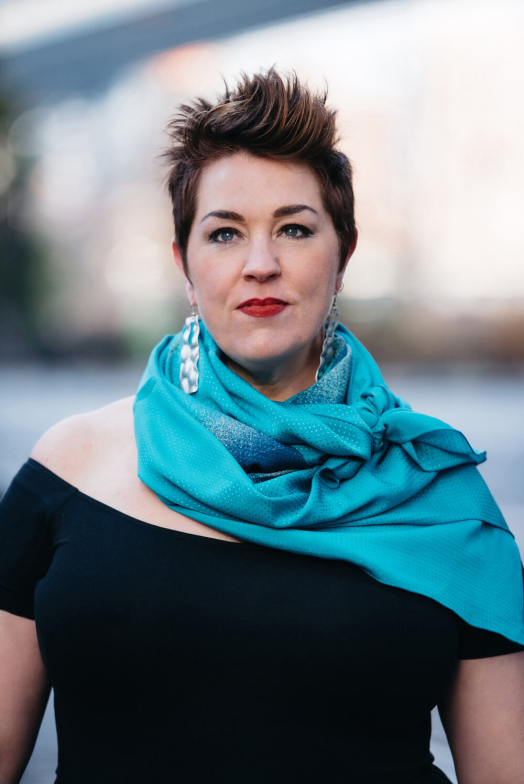 Female Chorus – The Rape of Lucretia

Soprano Melody Moore is enjoying a thriving career on the world’s leading stages, prompting Opera News to label her “a revelation,” and of her sold-out appearance at Carnegie Hall to rave, “As I left the auditorium, I could only think: more of Moore, please.”

The 2021-2022 season will see Ms. Moore’s return to Los Angeles Opera to repeat her tremendous success in the role of Amneris in Verdi’s Aida for six performances in May/June, appearing opposite Latonia Moore in the title role and tenor Russell Thomas as Radames. Concert highlights of the season include Beethoven’s 9th Symphony with the Minnesota Orchestra under the baton of Juraj Valčuha. She also returns to the recording studio this season, putting finishing touches on her renditions of Cio-Cio San in Puccini’s Madama Butterfly and documenting her interpretation of the title role in Puccini’s Tosca, both of which will be released on the Pentatone label. Finally, Ms. Moore will be marking the 100th anniversary of the birth of legendary soprano Renata Tebaldi with a recording featuring selections from the Italian repertoire for which she was most famous, to be released in 2022.

Other career highlights include a house and role debut at Seattle Opera in the title role of Janáček’s Kátya Kabanová; appearances with San Francisco Opera in the title role of Tosca, Susan Rescorla in Heart of a Soldier, Mimì in La bohème, and the Countess in Le nozze di Figaro; Houston Grand Opera as Julie in Show Boat, Marta in the American premiere of Weinberg’s The Passenger, the title role in Carmen, Dorabella in Così fan tutte; Washington National Opera as the title role of Catán’s Florencia en el Amazonas, Phillip Glass’ Appomatox, and in Francesca Zambello’s highly acclaimed production of the Wagner’s full Ring cycle; Los Angeles Opera as Tosca, the Countess in Le nozze di Figaro and in productions of Der Zwerg and Der Zerbrochene Krug; Opéra de Montréal as Cio-Cio San in Madama Butterfly; Glimmerglass Festival as Lady Macbeth in Verdi’s Macbeth and Senta in Der fliegende Holländer; Lincoln Center Festival in The Passenger; English National Opera as Mimi and as Marguerite in Faust; New York City Opera as Rita Clayton in the New York premiere of Stephen Schwartz’s Séance on a Wet Afternoon and as Regine St. Laurent in Rufus Wainwright’s Prima Donna; and Austin Lyric Opera as Senta in Der fliegende Holländer. Additional performances include the title roles of Manon Lescaut at New Orleans Opera, Tosca with the Lyric Opera of Kansas City, Pamina in Die Zauberflöte at Opéra de Bordeaux; and Donna Elvira in Don Giovanni with the Atlanta Opera and Opera Colorado.