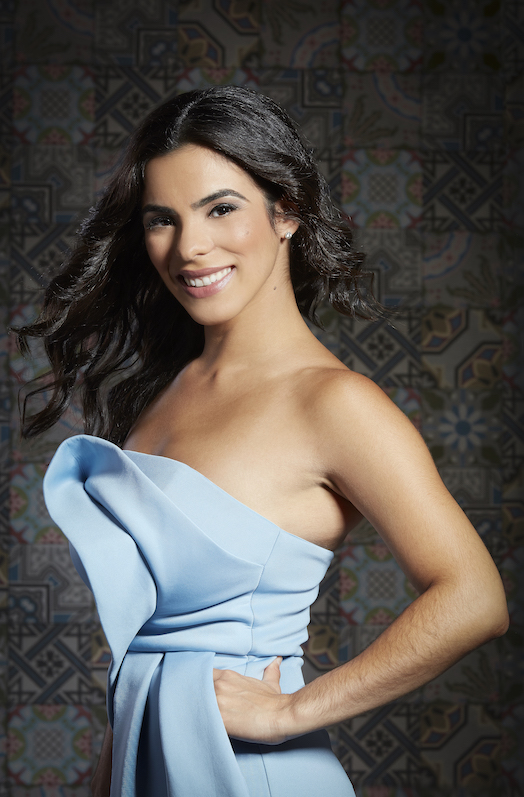 Soprano Meechot Marrero has been called, “a revelation…a young Puerto Rican star with a great career ahead” (El Nuevo Día). A member of the Deutsche Oper Berlin ensemble, the 2021-2022 season (Ms. Marrero’s sixth with the company) brings three role debuts: Gretel in Hänsel und Gretel, Woglinde in Götterdämmerung, and Musetta in La Bohème. The season will also include repeat performances of Oscar in Un ballo in maschera and Papagena in Die Zauberflöte. Additional season engagements include Ms. Marrero’s debuts in Spain and Portugal as Gretel in a concert version of Hänsel und Gretel with the Orquesta Sinfónica del Principado de Asturias in Oviedo, Spain, and Adina in L’elisir d’Amore with Plateia Protagonista in Portugal. She also reprises Carmina Burana in the 2022 Gala Concert at Sun Valley Music Festival and returns to the Grand Teton Music Festival to sing Musetta in La Bohème with Sir Donald Runnicles conducting.

Ms. Marrero’s 2020-2021 season included several role debuts at the Deutsche Oper Berlin: Nannetta in Falstaff, Biancofiore in a new production of Francesca da Rimini by Christof Loy (recorded on DVD for Naxos), and Tebaldo in Don Carlo. Other engagements included a recital with Joel Prieto and the role of Rosaura in the zarzuela Los Gavilanes with CulturArte de Puerto Rico and the Puerto Rico Symphony Orchestra.

Roles at the Deutsche Oper Berlin during the 2019-2020 season included Liù in Turandot, Oscar in Un ballo in maschera, a role debut of Micäela in Carmen, Adele in Die Fledermaus, Pamina in Die Zauberflöte, and Jano in Jenůfa. In the same season, Ms. Marrero reprised Cunegonde in Candide at the Komische Oper Berlin and Carmina Burana under the baton of Sir Donald Runnicles at the Grand Teton Music Festival.

During the 2018-2019 season, Ms. Marrero made her role and house debut as Cunegonde in Candide at the Komische Oper Berlin in a new production by Barrie Kosky, and also performed the role at the Hessisches Staatstheater Wiesbaden. She also appeared as Maria in West Side Story, first with Sir Donald Runnicles and the Grand Teton Music Festival (where the score was performed in its entirety), followed by a performance of Bernstein’s West Side Story Suite No. 1 with the Puerto Rico Symphony Orchestra and the Rundfunk-Sinfonieorchester Berlin. At the Deutsche Oper Berlin, Ms. Marrero reprised the roles of Adele in Die Fledermaus and Bianca in La Rondine, and debuted the roles of Liù in Turandot, the Vixen in The Cunning Little Vixen, Micäela in Carmen and Xenia in Boris Godunov, among others.

In previous seasons at the Deutsche Oper Berlin, Ms. Marrero also performed Adele, Frasquita in Carmen, Woglinde in Das Rheingold, Giannetta in L’Elisir d’Amore, Papagena, Princess Nicoletta in The Love for Three Oranges, the Page in Rigoletto, Barbarina in Le nozze di Figaro, Modestina in Il viaggio a Reims, First Witch in Purcell’s Dido and Aeneas and Bianca and Gabriela in La Rondine. She is also a frequent guest at the Savannah Voice Festival, where her roles have included Juliette in Roméo et Juliette and Lucy England in Menotti’s The Telephone.

During her education at Yale School of Music and in the early years of her career, Ms. Marrero performed Tytania in Britten’s A Midsummer Night’s Dream, Lauretta in Gianni Schicchi and Susanna in Le nozze di Figaro with Yale Opera, Despina in Così fan tutte with Teatro de la Opera in Puerto Rico, Rosina in Barbiere si Siviglia and Zerlina in Don Giovanni with the Savannah Voice Festival, and Norina in Don Pasquale at Opera in Williamsburg in Virginia. Concert appearances included Mendelssohn’s Elijah and Handel’s Messiah with the Hartford Chorale in Connecticut.

A native of Corozal, Puerto Rico, Ms. Marrero is the recipient of the Career Bridges grant from the Schuyler Foundation, and the Phyllis Curtin Career Entry Prize from the Yale School of Music. She began her musical studies with the San Juan Children’s Choir, and, after studying molecular biology at the University of Puerto Rico, completed a Bachelor of Music from the Puerto Rico Music Conservatory (where she graduated as the Valedictorian of her class) and a Master of Music from the Yale School of Music at Yale University. In addition to her vocal training, Ms. Marrero has trained in ballet for 10 years, jazz dance for 13 years and Latin dance since birth.