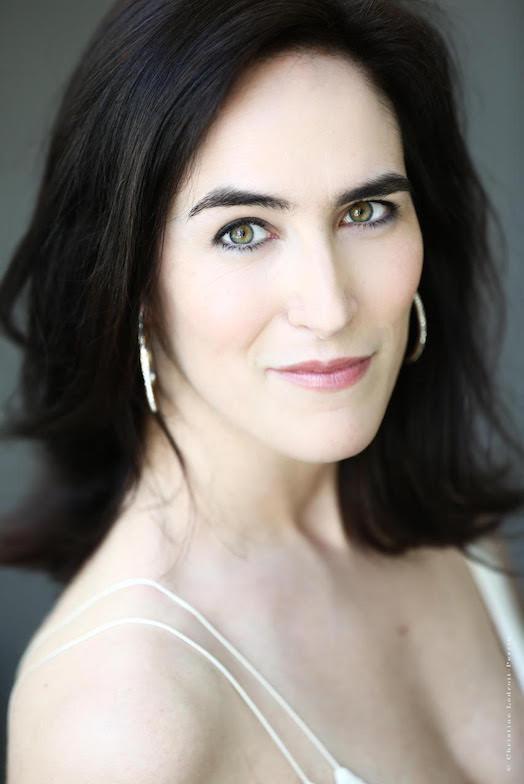 French mezzo-soprano Julie Robard-Gendre garnered accolades from public and press alike with her appearances last season as Nefertiti in Akhnaten at Opera de Nice, Sesto in La Clemenza di Tito at Opera de Nantes/Angers and at Opera de Rennes, and her role debut as Komponist in Ariadne auf Naxos at Opera de Limoges. ForumOpera.com‘s Yvan Beuvard reported: “Of particular note in the excellent cast was Julie Robard-Gendre’s Sesto. She brings out the complexity, fragility, doubts and heartbreak, as well as the nobility and generosity of this sensitive soul, blinded by his love for Vitellia. Her dark and rich mezzo, exactly right for the role, is admirably deployed. Sesto’s psychological development is well portrayed, both musically and dramatically. The intensity of emotion, particularly in Act II (“Deh per questo istante solo”) made her Sesto steal the show, as evidenced by the warmth of the audience’s applause for her.”

Other recent and future engagements include Rigoletto with the Cercle de l’Harmonie at the Festival Berlioz in La Côte Saint-André and in Bremen, Falstaff (Meg Page) in Lille, Luxembourg and Caen, La Tragédie de Carmen at the Theatre des Champs-Élysées in Paris and on tour with the ensemble Miroirs étendus, Carmen (title role) at the Opéra Royal de Wallonie, a French version of Salomé (Hérodias) in Metz, La Mort de Cléopatre in concert at the Angers-Nantes Opera, and Ariane (Perséphone) by Massenet in Munich, which will be recorded under the Palazzetto Bru Zane label.

Additional career highlights include Robard-Gendre’s Paris Opera debut as Dame d’honneur/Bohémienne in Les Huguenots and a reprise of Zweite Dame in Robert Carsen’s production of Die Zauberflöte. She made her debut in the title role of Carmen at Opera de Rennes and was highly acclaimed by critics and public alike as Ghita in Der Zwerg at Opera de Lille, Opera de Rennes and Opera de Caen. Of her Lille performance, Stephen J. Mudge wrote in Opera News: “The best singing of the evening on November 18 came from Julie Robard-Gendre as Ghita, principal lady-in-waiting. With sure, penetrating mezzo timbre, Robard-Gendre appealed for the humiliation of the dwarf to stop. Her final confrontation with Vidal’s broken man was the most moving moment of the evening…”

Prior roles for the artist include: Orphée in Orphée et Eurydice at Avignon, Liège and Opera de Nantes/Angers, where she also revived the role of Prince Charming in Cendrillon; Olga in Eugene Onegin in Nice, Metz and Reims; Fenena in Nabucco in Toulon and Nice, and a debut at Opéra de Monte Carlo as the Kitchen Boy in Rusalka. She also enjoyed a debut at Festival Aix-en-Provence in the role of Ramiro in La finta giardiniera, which was broadcast live via ARTE.

On the concert stage, Julie has sung the alto solo in Beethoven’s Mass with Insula Orchestra, Les nuits d’étéwith Orleans Symphonic Orchestra, El amor brujo with L’Orchestre National de Bretagne and Le Poème de l’amour et de la mer and Il tramonto with L’orchestre Régional de Normandie. In contemporary repertoire, she has collaborated with composers such as Michaël Levinas, who entrusted her with the role of La Huppe in La Conférence des Oiseauxat La Biennale di Venezia, and Les Aragon, which she sang with Ensemble L’Itinéraire and the Philharmonic of Luxembourg. With France’s Arcal Lyrique, she participated in the creation of Ni l’un ni l’autre with the composer and inaugurated the role of Maria Smith in Régis Campo’s Les Quatres Jumelles.