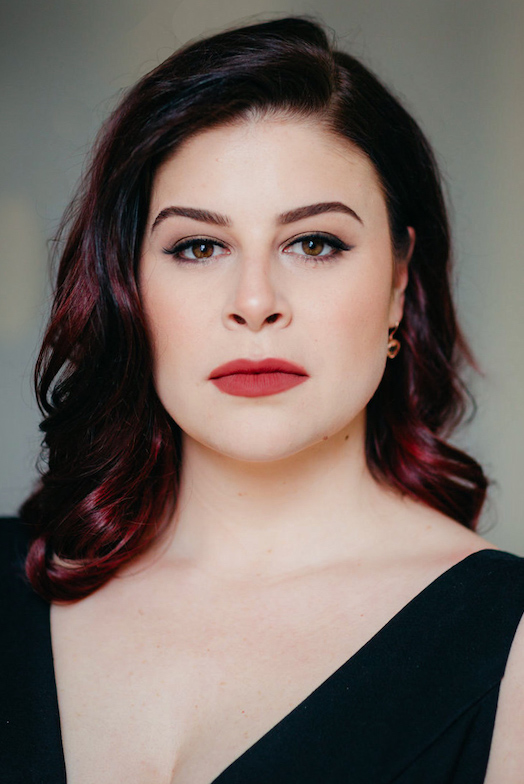 American soprano Jacqueline Piccolino has been hailed by the San Francisco Chronicle as having “impeccable technique and stage presence” and as “an artist to watch.” Engagements for the 2022-2023 season include performances with the Berkshire Opera Festival, Chicago Opera Theater, Seattle Opera, and the Quad City Symphony Orchestra.

During the 2021-2022 season, Ms. Piccolino made her debut with Hawai’i Opera Theatre in their opening season concert titled Re-Emerging and performed selections from Rusalka and Don Giovanni with the Berkshire Opera Festival. Ms. Piccolino was scheduled to join the prestigious Santa Fe Opera Apprentice Program for the 2019-2020 season to sing Erste Dame in Mozart’s Die Zauberflöte and to cover the title role in Dvořák’s Rusalka. Although those plans were ultimately impacted by the pandemic, Ms. Piccolino was able to perform Beethoven’s Christus am Ölberge with the UC Davis Symphony Orchestra at the Mondavi Center for the Performing Arts mere days before the COVID shutdown.

As a participant in the Merola Opera Program for 2012 and 2013, Ms. Piccolino appeared as Contessa Almaviva in Le nozze di Figaro and Arminda in La finta giardiniera. Honored thereafter as a San Francisco Opera Adler Fellow, Ms. Piccolino made her professional debut there in 2013 as Stella in Les Contes d’Hoffmann. Over the following two years, she sang the First Lady in The Magic Flute, Lady Madeline in La chute de la maison Usher, Laura in Luisa Miller, 2nd Maid in the world premiere of Dolores Claiborne, Kate Pinkerton in Madama Butterfly, Clotilde in Norma, Mrs. Hayes in Susannah, and covered Contessa Almaviva in Le nozze di Figaro with the company.

Other engagements of note for Ms. Piccolino include the Israelitish Woman in Handel’s Judas Maccabaeus with the North Shore Choral Society in Evanston, Illinois and Erste Dame in Die Zauberflöte with Seattle Opera, as well as Samuel Barber’s Knoxville: Summer of 1915 with the Johnstown Symphony Orchestra. Other career highlights include appearances as a Studio Artist with the Wolf Trap Opera Company, a soloist in the Napa Festival del Sole’s Bouchaine Young Artist Concert Series, and a participant in the Houston Grand Opera Young Artist Vocal Academy.

In 2021, Ms. Piccolino was a National Semi-Finalist in the Metropolitan Opera National Council Auditions as well as First Prize Winner of the Partners for the Arts Inc. Competition. In 2020, she received the Eileen Deneen Award from the American Opera Society of Chicago and was also a Bursary Recipient by the Opera Awards Foundation. She also has earned First Prize from The American Prize in Vocal Performance, the Igor Gorin Memorial Award from the Community Foundation of Southern Arizona, and the prestigious Rose M. Grundman Award from the Musicians Club of Women in Chicago. In addition, Ms. Piccolino has received awards from the Sullivan, Shoshana, and George London Foundations, and was a finalist in the 9th International Stanisław Moniuszko Competition.

Song to the Moon | Rusalka