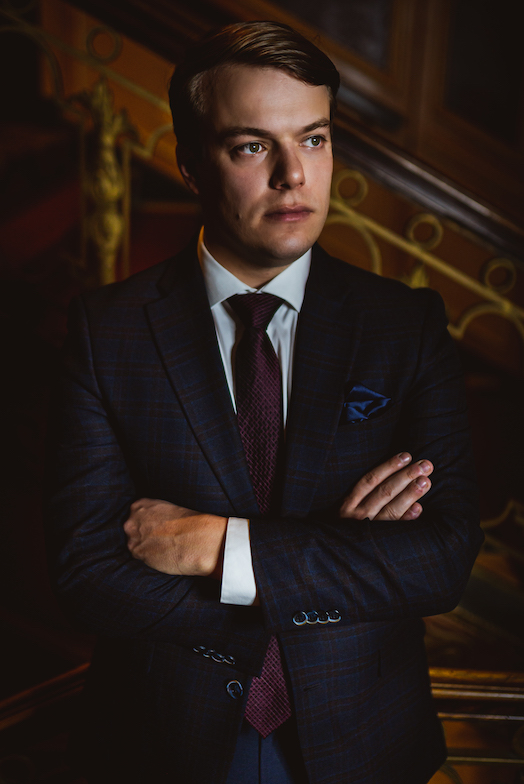 Thibaut d’Arc – The Maid of Orleans

American Bass Eric Delagrange, a native of Buffalo, New York, recently completed his residency at the prestigious Academy of Vocal Arts. He has been described by Opera News as “a truly excellent bass,” and Parterre has lauded his “powerful, attention-getting voice.”

During the 2021-2022 season, Delagrange was seen as Prince Gremin in Eugene Onegin with Music Academy of the West and Superintendent Budd in Albert Herring with the Princeton Festival. Other season highlights included Colline in La bohème and Zaretsky/Captain in Eugene Onegin, with The Academy of Vocal Arts.

In the 2019-2020 season, Mr. Delagrange made his role debut as Balthazar in La Favorite at The Academy of Vocal Arts. That December, he made his debut with Heartbeat Opera in Louisa Proske and Chloe Treat’s production of Der Freischütz, as Hermit. In October of 2019, Delagrange joined pianist Brent Funderburk in a Recital Series at The Hill Stead Museum in Farmington, Connecticut.