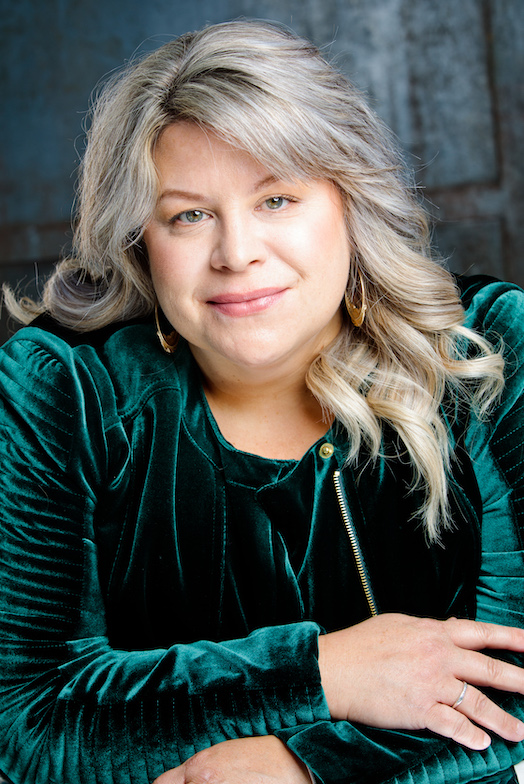 Of Amber Wagner’s last-minute July 2022 Hollywood Bowl debut in Act 3 of Wagner’s DIE WALKÜRE (lead by Gustavo Dudamel and the Los Angeles Philharmonic), Opera News reported, “Perhaps the finest vocal moment of the evening was Sieglinde’s outburst of praise for Brünnhilde, sung with spellbinding radiance by Amber Wagner.” Additionally, The New York Times has described her as possessing a “powerful, gleaming and richly expressive voice [which] was ideal for the music” (in their review of Wagner’s DER FLIEGENDE HOLLÄNDER at The Metropolitan Opera).

Recent and forthcoming engagements include a rare opportunity for Ms. Wagner to show her considerable comedic talents as Ruth in Cincinnati Opera’s THE PIRATES OF PENZANCE in the summer of 2022, a return to her Wagnerian roots as Brangäne in TRISTAN UND ISOLDE with Seattle Opera in the fall of 2022, and the role of Elisabeth in a concert with the Boston Symphony Orchestra under the baton of Music Director Andris Nelsons featuring Act 3 of TANNHÄUSER (winter 2022) and a semi-staged production of TANNHÄUSER with Opera Australia (spring 2023).

2018-2019 season highlights included Giorgetta in Puccini’s IL TABARRO at The Metropolitan Opera, Turandot with Opera Australia, Sieglinde in DIE WALKÜRE with Oper Frankfurt and a Tanglewood concert performance of the same under the baton of Andris Nelsons (which garnered universal praise, including this observation from Operatoday.com: “The most memorable performance came from…Oregonian Amber Wagner. Not since the great Austrian soprano Leonie Rysanek retired the role of Sieglinde thirty-five years ago have I heard anyone approach the character with such a combination of power and emotion…Her command ranges from a girlish yet perfectly focused tone to a massive all-enveloping forte that effortlessly surrounds thousands in a sprawling open-air venue. And, just when one thinks she has reached her limit, she expands the voice further and soars rapturously through musical climaxes.”)

In the 2017-2018 season, Ms. Wagner reprised the role of Sieglinde in Wagner’s DIE WALKÜRE in concert with Sir Andrew Davis at the Edinburgh Festival in summer 2017. Again under the baton of Sir Andrew Davis, she returned to the Lyric Opera of Chicago in the title role of TURANDOT, a role she debuted with Vancouver Opera earlier in the season. She also made her debut in the title role of AIDA with Opera Australia and reprised Senta in DER FLIEGENDE HOLLÄNDER in Rome with the Accademia di Santa Cecilia with Mikko Franck conducting, as well as in Turin with the National RAI Symphony Orchestra with James Conlon. In addition, she returned to the Oregon Symphony to sing Verdi’s REQUIEM under the baton of Carlos Kalmar. In the 2016-2017 season, Wagner made her Australian debut with Opera Australia as Sieglinde and returned to The Metropolitan Opera as Senta, conducted by Yannick Nézet-Séguin to great critical acclaim. Ms. Wagner also made her New York recital debut with the George London Foundation at the Morgan Library.

Ms. Wagner’s 2015-2016 season included a debut at the Bayerische Staatsoper in the title role of ARIADNE AUF NAXOS, opposite Jonas Kaufmann and conducted by Kirill Petrenko, a role she later reprised in the season for her company debuts with Minnesota Opera and Palm Beach Opera. She also returned to Oper Frankfurt for Senta and Sieglinde. On the concert stage, Ms. Wagner performed Verdi’s REQUIEM with the Los Angeles Master Chorale, the Milwaukee Symphony Orchestra under the baton of Asher Fisch, as well as a concert of select Wagner works with the Minnesota Orchestra, also conducted by Asher Fisch. With the Orquesta Filarmónica de Jalisco, she performed several Strauss Lieder and Mahler’s SYMPHONY NO. 4, and appeared in recital with mezzo-soprano Jamie Barton under the auspices of the Tucson Desert Song Festival and Arizona Opera.

In the 2014-2015 season, Ms. Wagner returned to Lyric Opera of Chicago for role debuts as Leonora in Verdi’s IL TROVATORE conducted by Asher Fisch, and as Elisabeth in Wagner’s TANNHÄUSER conducted by Sir Andrew Davis. Orchestral engagements included Verdi’s REQUIEM, her debut with the Toronto Symphony Orchestra under the baton of Sir Andrew Davis, L’Orchestre Philharmonique de Nice conducted by Philippe Auguin, and the Houston Symphony conducted by Andrés Orozco-Estrada; an all-Wagner program with the Orquesta Filarmónica de Jalisco, Beethoven’s SYMPHONY NO. 9 with the Russian National Orchestra at the Napa Valley Festival del Sole, and Senta in a concert performance with the Chicago Symphony Orchestra at the Ravinia Festival, conducted by James Conlon.

Other operatic engagements of note include her European debut with the Prague State Opera as Brangäne in TRISTAN UND ISOLDE; appearances as Elsa in LOHENGRIN with Lyric Opera of Chicago conducted by Sir Andrew Davis; Elsa and Senta with the Savonlinna Opera Festival; Leonora in LA FORZA DEL DESTINO at Washington National Opera in a new production directed by Francesca Zambello, and her return as Amelia in Verdi’s UN BALLO IN MASCHERA conducted by Fabio Luisi; the title role in ARIADNE AUF NAXOS at Lyric Opera of Chicago and in concert performances at the Palau de les Arts Reina Sofia in Valencia, both conducted by Mo. Davis, as well as with the Canadian Opera Company, and Sieglinde at Oper Frankfurt conducted by Sebastian Weigle. Symphonic highlights include Verdi’s REQUIEM with the Melbourne Symphony under Sir Andrew Davis, as well as with the Taipei Symphony, Pacific Chorale, Kansas City Symphony, Tucson Symphony, Colorado Symphony, and Grant Park Music Festival; Strauss’ VIER LETZTE LIEDER with the Orquesta Filarmónica de Jalisco, Spokane Symphony, and Oregon Symphony; a concert of Strauss songs with L’Orchestre Philharmonique de Nice; Mahler’s SYMPHONY NO. 8 with the Aspen Music Festival conducted by Robert Spano; Sieglinde in Act 1 in concert performances of DIE WALKÜRE with the Colorado Symphony; and Beethoven’s SYMPHONY NO. 9 with the Grant Park Music Festival and Rossini’s STABAT MATER with the Oregon Symphony. Ms. Wagner also participated in The Metropolitan Opera’s summer concert series in Central Park and Brooklyn Bridge Park in New York City, and in Lyric Opera of Chicago’s Millennium Park concert, where she sang excerpts from CAVALLERIA RUSTICANA.

Amber Wagner is a winner of The Metropolitan Opera National Council Audition Grand Finals, Liederkranz Foundation Competition, and recipient of a Richard Tucker Career Grant Award, Kirsten Flagstad Award from the George London Foundation, and Sullivan Foundation Career Grant. She was also the first place winner of the Palm Beach Opera and Palm Springs Opera Guild Competitions, winner of the Lynne Harvey Scholarship from the Musicians Club of Women, and winner of the Union League Civic and Arts Foundation Competition. As part of her participation in the 2007 Metropolitan Opera National Council Auditions, Ms. Wagner was also featured in the documentary The Audition. She is a native of California.