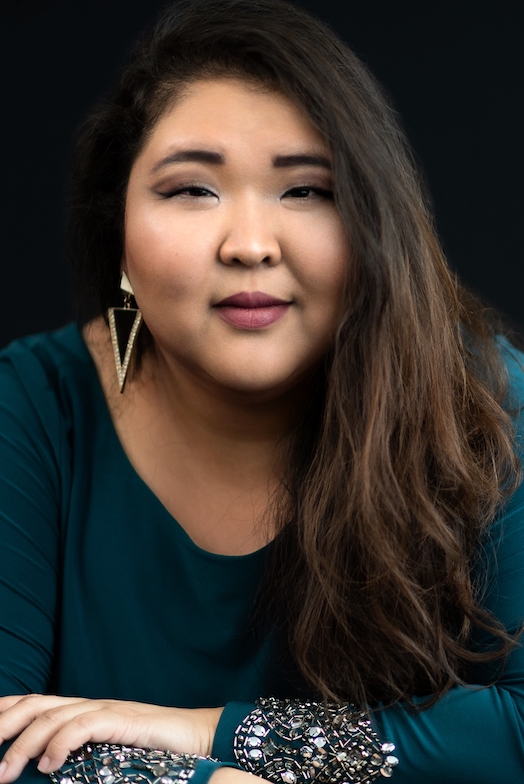 Mrs. Grose – The Turn of the Screw

Recently a winner of the 2022 Gerda Lissner Lieder/Song Competition and District/Regional Winner in the Laffont Competition, Korean-American mezzo-soprano Alice Chung is rapidly being recognized for her “operatic tonal glamour” (Parterre) and being “a force of nature with a sound both powerful and appealing” (San Francisco Classical Voice).

In the Spring of 2022, Ms. Chung made her company and role debut at Hawaii Opera Theatre as Suzuki in Puccini’s Madama Butterfly. She also covered the role of Granny Jia in Dream of the Red Chamber in San Francisco Opera’s co-production with the Hong Kong Arts Festival and was invited to return and cover the role of Suzuki with San Francisco Opera in the summer of 2023. She will also enjoy a debut with Arizona Opera as the Third Lady in Die Zauberflöte during the 2022-2023 season.

As a 2017 and 2019 alumnus, Ms. Chung has garnered attention from the San Francisco audience through the prestigious Merola Opera Program, during which she was acclaimed for her excerpted portrayals of Santuzza (Cavalleria rusticana), Augusta Tabor (The Ballad of Baby Doe), Azucena (Il trovatore) for her “riveting dramatic intensity” by Parterre, and a “ringing, magisterial” Gertrude (Hamlet) by the San Francisco Chronicle.  In 2020, she returned for her Schwabacher Debut Recital, presented by the Merola Opera Program in conjunction with the San Francisco Opera. A lover of collaboration and recital and chamber music, Ms. Chung has worked with several contemporary composers, premiering new works as well as performing well-loved pieces such as Mahler’s Rückert-Lieder, Brahms’s Zwei Gesänge, Op.91 and Bridge’s Three Songs with Viola and Piano.

Ms. Chung has been an honored recipient of numerous grants as well as a winner of various competitions. During 2020 and 2021, she was awarded the Richard F. Gold Career Grant by the Shoshana Foundation, won First Place in the Cooper-Bing Competition, placed Third in the Mildred Miller International Voice Competition and was a winner of the 2021 William Matheus Sullivan Foundation Audition Awards. She has also won awards through the Orpheus Vocal Competition (2020), Gerda Lissner Lieder/Song Competition (2018), the Metropolitan National Council Auditions (2018 Second Prize Midwest Regionals), Chautauqua Opera Guild (2015), and Pasadena Opera Guild (2014).

During her time offstage, Ms. Chung works with several nonprofit organizations in the industry.  She is a founder of Wear Yellow Proudly, an arts and advocacy initiative devoted to bringing awareness to Asian culture by showcasing and celebrating Asian art and artists worldwide.  Ms Chung also collaborates with The OmniARTS Foundation Inc., an organization dedicated to the cultivation of interdisciplinary art through new work commissions, arts education, and performance events.

I shall find for you shells and stars